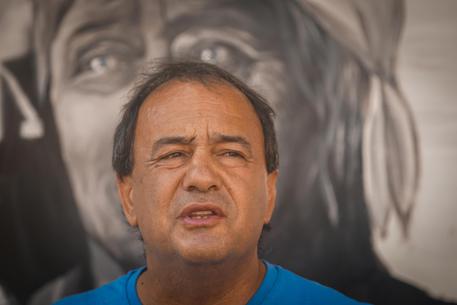 (ANSA) - Riace, October 2 - Riace Mayor Domenico 'Mimmo' Lucano was put under house arrest on Tuesday in relation to allegations of aiding illegal immigration, prosecutors said. The arrest warrant, performed by finance police, also referred to alleged wrongdoing over the direct assignment of trash-collection services without a public tender. Lucano's administration of the town in the southern region of Calabria has been frequently lauded by commentators for the way migrants were integrated into the local community and made a positive contribution to it. He was named among Fortune's 50 greatest world leaders in 2016.
Lucano's partner, Tesfahun Lemlem, is accused of the same charges and has been banned from living in the area.
Deputy Premier and Interior Minister Matteo Salvini, leader of the anti-migrant League party, said "ask (pro-migrant writer Robert) Saviano, (pro-migrant campaigner Laura) Boldrini, the champions of out-of-control immigration".
Saviano replied: "this government is taking the first step towards the definitive transformation of Italy from a democracy into an authoritarian State.
In Mimmo's actions there is never the goal of money, but civil disobedience".
Deputy Premier and labour and Industry Minister Luigi Di Maio, leader of the anti-establishment 5-Star Movement (M5S), said "Riace was not a model", as it had been portrayed.
In the citation for its accolade, Fortune said "though his pro-refugee stance has pitted him against the mafia and the state, Lucano's model is being studied and adopted as Europe's refugee crisis crests".
He placed 40th among the 50 greatest world leaders.