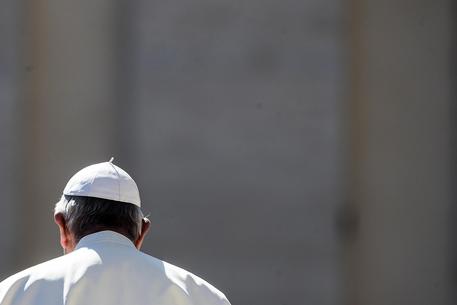 (ANSA) - Rome, October 2 - A network of victims of sexual abuse by members of the clergy said Tuesday that it has evidence of four major cases of abuse in Italy that the Catholic Church failed to properly address. Francesco Zanardi of the ECA Global network compared the cases to allegations by the Vatican's former ambassador to the United States, Carlo Maria Viganò, that Pope Francis and other Church officials mishandled accusations of sexual misconduct by retired American cardinal Theodore McCarrick. "There are four Viganò cases in Italy," Zanardi told a news conference at the foreign press association in Rome. He said the cases concerned the St. Pius X Pre-Seminary inside the Vatican, the Istituto Antonio Provolo for the deaf in Verona and alleged abuse by priests Mauro Galli and Silverio Mura in the dioceses of Milan and Naples respectively. "We have one case here in the room with us, one of the pope's altar boys," Zanardi said.
"He was abused indirectly because it was his roommate being abused inside the Vatican (at the Pius X Pre-Seminary).
"This case was covered up twice by the Vatican and the alleged abuser is currently a priest in Como who has never been punished.
"Pope Francis pledges to resolve the problem around the world and he was not able to resolve it in his tiny State". Zanardi said that a delegation of former students of the Istituto Provolo met Pope Francis in 2014 and handed him a list of 25 alleged pedophiles, including priest Nicola Corradi, who is currently under arrest in Argentina. "He was not stopped by the Vatican or the pope on the basis of this report," said Zanardi.
"He was left in South America by the Istituto Antonio Provolo until the Argentine judiciary arrested him".