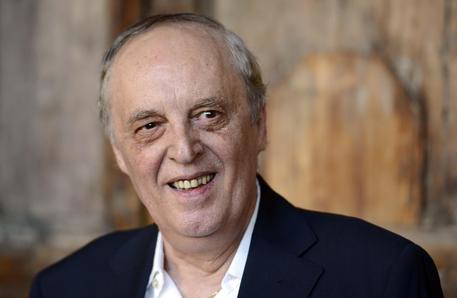 (ANSA) - Rome, September 24 - Dario Argento on Monday night retracted a statement earlier in the day that claimed Harvey Weinstein paid Jimmy Bennett to say he was raped by Asia Argento.
The cult horror director, 78, said: "I replied without thinking enough about it, but I don't really think it and I have no news or information as to whether Weinstein really paid Bennett to get his revenge" on the #MeToo figurehead, who in October claimed the mogul raped her 20 years ago when she was 22.
"And above all I had no intention to launch accusations against him," said the Profondo Rosso and Suspiria director.
Argento said he had merely said the first thing that came into his head when asked by an interviewer on a radio comedy show. On the show, Un Giorno da Pecora, Argento said: "Weinstein is getting his revenge and so he has unleashed all his possibilities, he had this news from this boy and by paying him he launched him against Asia".
Asked if Weinstein paid Bennett to tell the story, he replied "Yes, yes".
Asked if had seen an Italian TV interview with Bennett Sunday night, Argento said " I decided not to watch it, friends told me about it.
"There is a tide of lies, vulgarities, nonsense".
In the interview, Bennett reiterated he was raped at 17 by Argento five years ago.
Argento, now 43, who was one of the first accusers of Harvey Weinstein, lost her spot as an X Factor Italy judge because of the Bennett case.
Bennett reiterated his claims Argento raped him on Italian TV Sunday night.
"Yes, Asia raped me, it was complete intercourse," said the Californian musician and actor on a La7 talk show.
"Asia is the same as Weinstein to me," he said.
Bennett said he felt betrayed by the woman who had been a mother figure to him ever since he played her son in one other films.
"I used to call her mother," he said.
Meanwhile Asia broke her silence about the suicide of her two-year partner Anthony Bourdain in June.
She told DailMailTV that his death left her with a " void that nothing can manage to fill".
Her first reaction, she said, was "anger".
"Now anger keeps me alive because otherwise this desperation would have no end".
The celebrity chef and food-travel journalist was 62 when he killed himself in a French hotel.
In Bennett's interview with Massimo Giletti, he reiterated he was raped at 17 by Argento five years ago.
On September 5 Argento's lawyer said she has stopped paying Bennett to settle his sex-abuse lawsuit.
She also reiterated she had not had sex with the former child actor when he was 17.
Lawyer Mark Jay Heller said the #MeToo figurehead had halted the payments to Bennett agreed with her late partner Anthony Bourdain, the celebrity chef, to buy Bennett's silence.
"The relationship with Bennett was never sexual, and in the end it will be discovered that it was she who was attacked by Bennette," said Heller.
"Now that Bourdain is dead and can't comment on the desire to averta potential scandal, Asia won't let any more installments of the agreed $380,000 be paid to Bennett who has already received $250,000".
The case has shaken Argento's role as a leader of the #MeToo campaign.
On August 28 fellow figurehead Rose McGowan told Argento to "do the right thing" by fessing up to having had sex with Bennett in a California hotel in 2013.
"Do the right thing. Be honest. Let justice run its course.
Become the person you would have liked Harvey Weinstein to be," said McGowan of the Italian actress and director, one of the first to accuse the mogul of rape in October.
Bennet's lawyer has said that Argento's denial that the two had allegedly non-consensual sex five years ago was false.
The 22-year-old's lawyer, Gordon K. Sattro, said he was sexually assaulted by his hitherto mother figure when he was 17.
Argento allegedly agreed to pay him $380,000 to settle a lawsuit over the alleged sexual assault, the NYT reported last month.
The actress denied this, saying the money was aimed at ending "persecution".
The pair met in 2004 when Bennett played Argento's son in a film she made about a drug-using mother.
Argento admitted agreeing to pay Bennett $380,000 to settle the abuse lawsuit but said she had done it to avert blackmail, saying she had never had sex with the former child actor.
Saying she was "shocked and wounded" by what she called "fake news", she said her late partner Bourdain, who committed suicide on June 8, had advised her to make the payout to stop Bennett keeping asking her for money.
The TMZ website recently published a selfie of the pair lying in bed and said it was one of four snaps taken in a Marina del Rey hotel in 2013.
TMZ also published a text message allegedly from Argento to a friend saying "I had sex with him, I didn't know he was under age until the blackmail letter arrived".
She also allegedly said "that horny kid jumped on me".