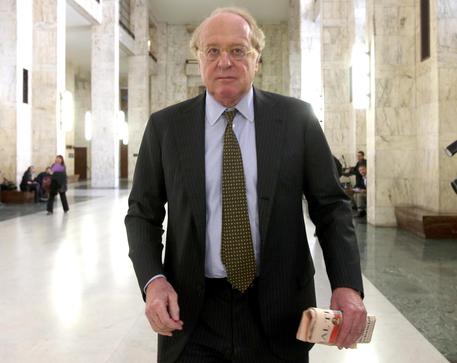 (ANSA) - Milan, September 19 - Former ENI CEO and current AC Milan Chairman Paolo Scaroni was acquitted of international corruption Wednesday in a case involving alleged kickbacks paid by the oil group's engineering unit Saipem to Algeria's former energy minister Chakib Khelil and his entourage in exchange for contracts to exploit oil deposits in the African country.
But former Saipem managers as well as the alleged middlemen for the bribe were found guilty.
Also acquitted was ENI manager Antonio Vella.
ENI was also acquitted.
The Milan court came to the same conclusions as the preliminary hearings judge did three years ago.
Former Saipem managers Pietro Varone, Alessandro Bernini and Pietro Tali, as well as alleged middlemen Farid Bedjaoui, Samyr Ouraied and Omar Habour, were sentenced to terms ranging from five years and five months to four years and one month over the alleged 197-million-euro kickback.
Saipem was also found guilty, and sentenced to pay a fine of 400,000 euros.
The Milan court ordered the confiscation of 197 million euros, the sum allegedly paid by Saipem to the former minister.
A Milan prosecutor in February asked for a six-year and four-month prison term for Scaroni. The prosecutor also asked for a 900,000-euro fine for the fuels group and Saipem.
He also asked for eight years in jail for Farid Noureddine Bedjaoui, trustee of the then Algerian energy minister, who is alleged to have been the beneficiary of the bribes.
Prosecutors had claimed it was "easier" for ENI to use its subsidiary to move the alleged kickbacks.
ENI, Scaroni and the other defendants consistently denied the charges.