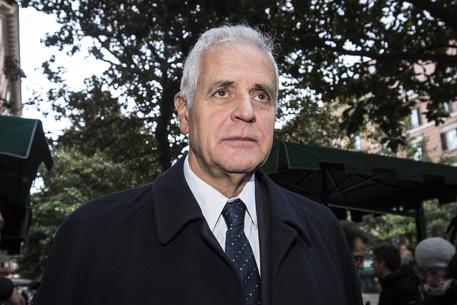 (ANSA) - Milan, September 19 - A Milan appeals court on Wednesday raised from six years to seven and a half a sentence for former Lombardy governor Roberto Formigoni in a graft case involving the Maugeri health institute.
Prosecutors had in fact requested a seven-and-a-half-year term for Formigoni, a centrist NCD party member.
The ex-governor was found guilty of corruption linked to the Pavia-based Maugeri health-care foundation specialized in rehabilitation.
The Senator was found guilty of favoring the Maugeri foundation when he was governor from 1995 to 2012 in exchange for luxury holidays abroad, the exclusive use of three yachts, large sums of cash paid on a regular basis, luxury dinners and the purchase of the Sardinian villa.
Prosecutors said that the Maugeri foundation paid a reported 61 million euros from 1997 until 2011 to businessman Pierangelo Dacco', a friend of Formigoni's, and former executive regional councilor Antonio Simone, for benefits to Formigoni.
State attorneys also said, in another part of the investigation, that the San Raffaele hospital in Milan paid an additional nine million between 2005 and 2006 to Dacco' and Simone to grant the governor benefits worth a total of eight million euros.
The governor, in exchange, granted illicit healthcare reimbursements worth 200 million euros for the Maugeri fund, according to investigators.
Formigoni has consistently denied wrongdoing and says he paid for holidays on a boat provided by Dacco'.
The entire Lombardy regional administration resigned after a wave of scandals at the end of 2012.