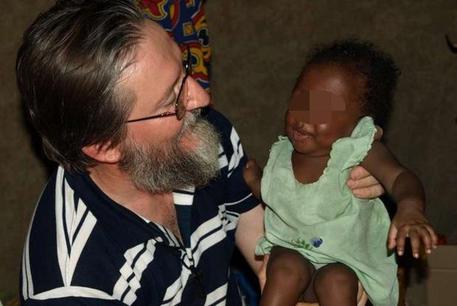 (ANSA) - Vatican City, September 18 - An Italian priest working in Niger has been kidnapped in Niger, probably by Islamist extremists, a fellow clergyman told the Fides agency on Tuesday. "On the night between Monday 17 and Tuesday 18 September, Father Pierluigi Maccalli of the Society of African Missions (SMA) was kidnapped by suspected jihadists active in the area," Father Mauro Armanino, a missionary in Niamey, Niger, told Fides.
"The area has been in a state of emergency for several months die to the presence of terrorists from Mali and Burkina Faso".
Maccalli, who was originally from the diocesis of the northern Italian town of Crema and had previous worked as a missionary in Ivory Coast, was in the parish of Bomoanga, in the Niamey diocesis. Italy's embassy in Niger has formally asked local authorities to give "absolute priority" to the rapid solution of the case, the foreign ministry in Rome said Tuesday.
The embassy has urged the authorities to "avoid initiatives that may put at risk Father Maccalli's safety", the ministry said.
Foreign Minister Enzo Moavero Milanesi is in constant contact with the foreign ministry's crisis unit which, with other State organs, has been following Father Maccalli's case since the beginning, the ministry said.