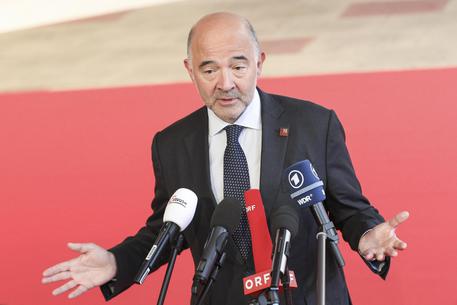 (ANSA) - Paris, September 13 - European Economic Affairs Commissioner Pierrre Moscovici said Thursday that Italy was "a problem" within the eurozone.
"Italy is the issue that I want to concentrate on first of all," Moscovici told reporters in Paris. The Commissioner also called on the Legaue-5-Star Movement (M5S) government to present a realistic budget law for 2019.
"Italy must be credible with a credible budget," he said, reiterating his call for Rome to get cracking on bringing down its public debt of over two trillion euros, saying it was in the country's self interest. He said that it was a "lie" to assert that it was possible to revive investment levels by increasing the deficit.
He also addressed Italian Deputy Premier and Interior Minister Matteo Salvini, saying it was not true that the EU had stopped Italy from making the necessary investments for infrastructure, following a claim made in the wake of the Genoa bridge-collapse disaster.