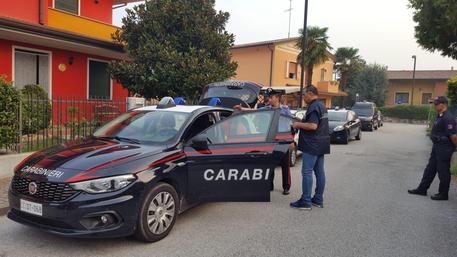 (ANSA) - Brescia, September 13 - A 20-year-old Bangladeshi asylum seeker was arrested Thursday on suspicion of apology for terrorism, police sources said.
The man was arrested at Montichiari near Brescia by police and finance guards.
He is accused of using his Facebook page to show support for ISIS.
He allegedly posted messages including "I need war", "death awaits us all", "heaven is waiting for me", "blood boy" and "happy death day", police said.
Interior Minister Matteo Salvini said "I expect an apology to 60 million Italians from the do-gooders who opened ports and emptied the wallets of citizens.
"On my part, I'm not giving up: the immigration decree is on its way".