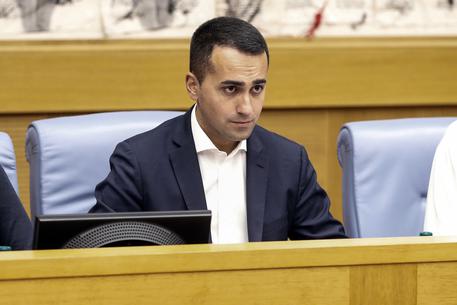 (ANSA) - Rome, September 12 - Deputy Premier and Labour and Industry Minister Luigi Di Maio on Wednesday blasted the European Parliament's approval of a controversial overhaul of copyright law that could force tech giants to install filters that prevent copyright-protected content from being uploaded.
"An all-European disgrace," said the leader of the anti-establishment 5-Star Movement (M5S).
"The European Parliament has introduced the censorship of content of Internet users. We are officially entering a scenario worthy of Orwell's Big Brother".
He said the M5S would fight "in the negotiations between governments, at the European parliament and on the European Commission" against the controversial directive.
He vowed that "at the next vote in the assembly the directive will be blocked again".
European Parliament President Antonio Tajani on Wednesday called Di Maio's criticism of the EP's approval of the directive "shameful" and urged Premier Giuseppe Conte to distance himself from his deputy's statements.
"I ask Premier Conte to immediately distance himself from the shameful statements of Deputy Premier Di Maio against the European Parliament," Tajani said.
"Threatening the only directly elected EU institution is something you would expect from people who know nothing of democracy," Tajani said.
Lawmakers in Strasbourg voted on Wednesday in favor of the European Union's revamped directive, which is aimed at bringing the bloc's rules on copyright into the 21st century.
The copyright reform was passed with 438 votes in favour, 226 against and 39 abstentions.
Critics say such a law would normalize censorship and restrict Internet freedom, preventing users from being able to post content ranging from memes to links to articles from news outlets.