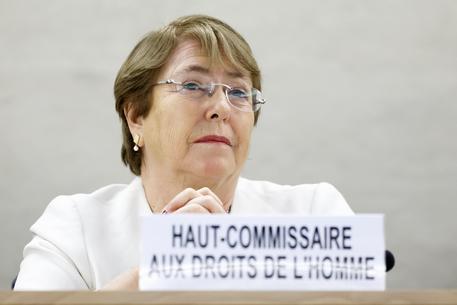 (ANSA) - Rome, September 10 - Interior Minister and Deputy Premier Matteo Salvini said Monday that Italy will not accept any lessons after Michelle Bachelet, the United Nations' new human rights chief, said the UN wants to see a team over reports of migrants facing attacks and racism.
"Over the last few years, Italy has received 700,000 immigrants, many of whom were illegal, and it never received any cooperation from other European countries," Salvini said.
"So we don't take lessons from anyone, least of all the UN, which has again proved itself to be biased, pointlessly costly and badly informed.
"The police deny reports that is a racism emergency.
"Before doing checks on Italy, the UN should investigate its member States who ignore basic rights like freedom and equality between men and women". Bachelet said Monday that: "we intend to send personnel to Italy to evaluate reports of a sharp increase in acts of violence and racism against migrants, people of African descent and Roma." She added that a team would also be sent to Austria for similar reasons.