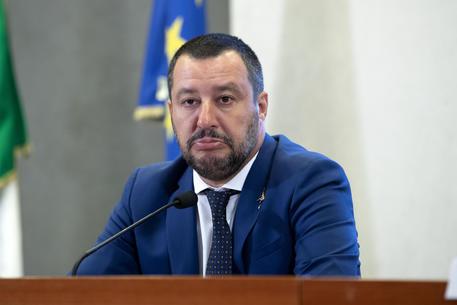 (ANSA) - Rome, September 7 - The Magistratura Democratica (MD) association of left-leaning Italian magistrates and the leader of the opposition centre-left Democratic Party (PD) on Friday accused Interior Minister Matteo Salvini of being subversive over his angry reaction to a ruling okaying the seizure of funds from his League party.
In an interview published in Friday's La Stampa, Deputy Premier Salvini said the League was the victim of political justice like in Turkey after the ruling over the confiscation of funds over electoral-reimbursement fraud amounting to around 49 million euros in the 2008-2010 period, before he took over the helm of the party. "The words that the interior minister continues to use with respect to the judiciary are extremely serious and subversive," said PD leader Maurizio Martina.
"The are against the State and the Constitution that he was sworn-in on. "No one is above the law, not even him, despite his thirst for power". MD also said Salvini's comments were subversive and "intimidatory".