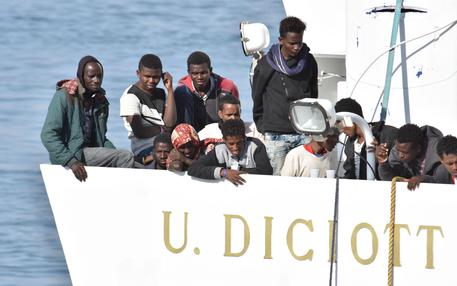 (ANSA) - Palermo, September 4 - A two-year-old sentence by the European Court of Human Rights on Italy's illegal detention of three Tunisian migrants is cited in the file Agrigento prosecutors have sent to Palermo colleagues on the alleged kidnapping by Interior Minister Matteo Salvini of 177 Eritrean migrants on board the Diciotti coast guard ship, legal sources said Tuesday.
In the 2016 ruling, Italy was found guilty of unlawfully holding the three at a migrant centre on Lampedusa and subsequently on board two ships. Salvini is also facing charges of illegal detention and abuse of office, among other things, in the case where he refused to let the migrants land unless the EU first said it would take them.
Most of the migrants were eventually taken by Italian bishops, with 20 taken by both Ireland and Albania.