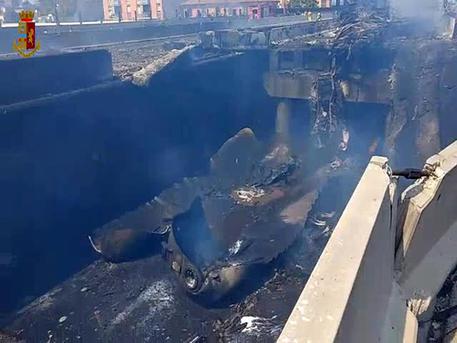 (ANSA) - Bologna, August 6 - At least two people are dead and over 60 injured after a road accident caused a massive blaze on a highway in the Borgo Panigale area of Bologna on Monday.

Two of the injured have been taken to burns centres in Parma and Cesena after the crash involving a lorry that is thought to have been transporting liquefied petroleum gas.
The injured include 11 Carabinieri police and two State police officers who were directing traffic after a previous road accident.
Some of the injured people were hit by flying debris as the fire also caused several explosions. Around 10 cars are thought to have exploded and a bridge on the A1-A14 motorway partially collapsed. The windows of some houses in the area smashed too. The intensity of the heat is making it difficult for firefighters to put out the blaze, the sources said.