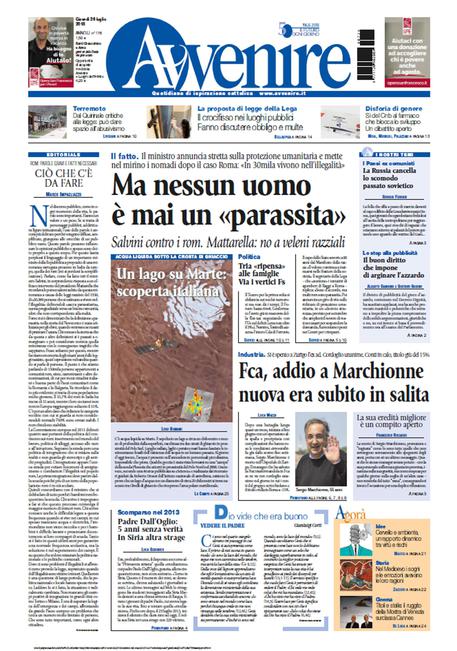 (ANSA) - Rome, July 26 - After popular catholic weekly Famiglia Cristiana took aim at Interior Minister Matteo Salvini, Avvenire, the daily newspaper of Italian bishops conference CEI has also opened fire on the leader of the rightwing League party.
Salvini has spearheaded the new government's tough stance on the arrival of asylum seekers from North Africa and caused controversy by mooting the idea of holding a census of people of Roma ethnicity in Italy.
Avvenire picked up on Salvini's comments on Rome people in a piece on its front page with the headline: "But no man is ever a parasite".