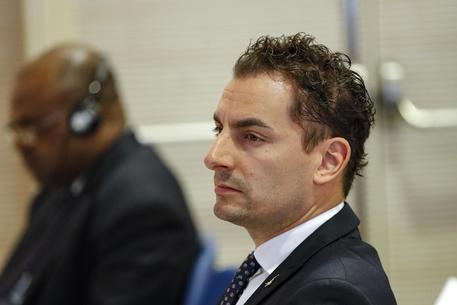 (ANSA) - Rome, July 6 - Justice Undersecretary Jacopo Morrone, a member of the rightwing populist League party, has caused a stir by calling on the Italian judiciary "to eject its leftwing factions".
Magistrates union ANM called his call "extremely serious and unacceptable" while the effective head of the judiciary's self-governing body, Giovanni Legnini, urged Justice Minister Alfonso Bonafede to take action.
Legnini, deputy head of the Supreme Council of Magistrates (CSM) - President Sergio Mattarella is the titular head - said freedom of association was guaranteed by the Italian Constitution, for magistrates too.
He said Morrone's words on the leftwing factions were "neither shared not accepted".
He said "the value of freedom of association cannot be denied".
Bonafede is a member of the League's partner in Italy's new populist government, the anti-establishment 5-Star Movement (M5S).
Morrone's call came as League leader and Interior Minister Matteo Salvini reiterated that he wants to talk to President Sergio Mattarella following a court order for almost 49 million euros to be seized from his party. "I must have the joy and honour to speak to my president as soon as possible," Salvini said during an event at the interior ministry.
"I ask for, and respectfully await, the setting of a date to talk about the many wonderful things we are doing". On Tuesday the supreme Cassation Court ruled that League party funds should be seized "wherever they are" in relation to to a case of alleged misappropriation.
League founder and former leader Umberto Bossi was among several people convicted in relation to the case at the first-instance trial. On Thursday Italian magistrates union ANM said that an eventual appeal for Mattarella to intervene would be unconstitutional.
Te president's office has reportedly denied it has been in contact with Salvini aides with a view to setting up a meeting, according to the Italian media.