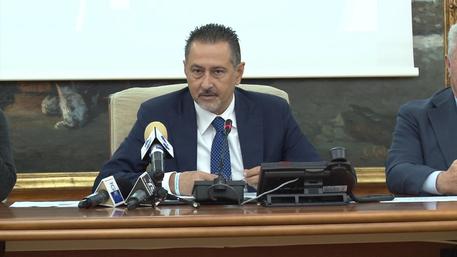 (ANSA) - Matera, July 6 - Basilicata Governor Marcello Pittella, a member of the centre-left Democratic Party (PD), was put under house arrest early on Friday in relation to a probe into alleged corruption in the southern region's health system, sources said.
Pittella was later suspended from his post as governor.
Pittella was among 30 people put under restrictive measures by finance police in relation to the investigation, the sources said. People close to the governor confirmed that he is under house arrest at his home in Lauria, near Potenza, and described his involvement in the case as "surreal". Pittella is accused of abuse of office and of making false declarations, the sources said.
The probe regards allegations of manipulation of public contract competitions and nepotism on the regional health sector.
The investigation started a year and a half ago following a report by an employee for service contractor company who had not received his share of money set aside for the TFR severance package.
Prosecutors said Pittella was the "deus ex machina" of "institutional distortion".
He and the others were able to enforce "a total political conditioning of the public health service on the part of private interests and clientist political logic".