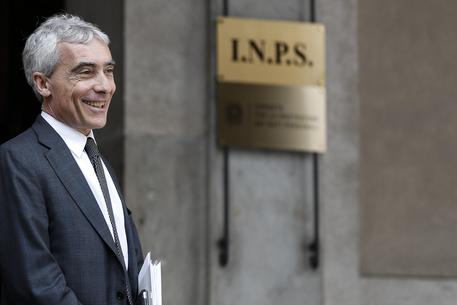 (see related story on man beaten to death by a psychiatric patient) (ANSA) - Rome, July 3 - Interior Minister Matteo Salvini on Wednesday criticised Tito Boeri, the head of social security and pensions agency INPS, for repeatedly stressing the positive impact of migrants in Italy, and suggested he could be involved in upcoming changes.
"Positive, clean immigration, which brings ideas, energy and respect with it, is welcome," Salvini, who is also deputy premier and leader of the rightwing League party, said in a video on Facebook.
"My problem is with criminals, like the one who killed a 77-year-old Italian in Sessa Aurunca, beaten by one of these so-called resources who are supposedly paying our pensions. "This is because there are some superstars who say the situation would be a disaster without migrants. I'm thinking of the president of INPS. "But there is lots that needs to be changed, including in this part of the public system". Boeri has said migrants are needed to keep Italy's pension system sustainable and he has also criticised the government's plans to overhaul the 2011 Fornero pension reform.