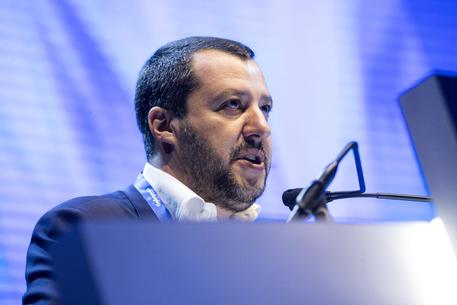 (ANSA) - Rome, June 27 - Interior Minister Matteo Salvini continued his spat with French President Emmanuel Macron in an interview released by CNN on Wednesday. "Macron talks about values, but he doesn't recognize the values itself, and therefore they have no lessons to give to Italy," Salvini told CNN after the French leader criticised his tough stance on migrants. "With nice words we never obtained anything. In this month of government with our actions, we managed to be listened to - the Spanish intervened, Malta must intervene, and so do the French, the German, the Dutch ... it's clear that we need a different kind of politics.
"We need to revisit the Dublin rules (on asylum), we need to invest in Africa. But I think we obtained more in this month than in the previous six years of chatter".