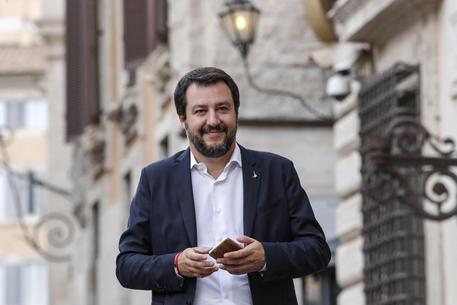 (ANSA) - Rome, June 8 - Italian interior minister Matteo Salvini wrote on Twitter on Friday that "I believe in freedom of religion but not religious extremism" after Austria's announcement that it had closed seven mosques and would be deporting some imams.
The League leader and deputy premier added that "those who use their faith to put a country's security at risk should be deported". Salvini also said that "I hope to meet with my Austrian counterpart next week to discuss actions to take".
Salvini said Friday that NATO should defend Italy from migrants and terrorists. "I'm for NATO. From which we ask for a defensive alliance. We are under attack. I recall all the alarms on terrorism infiltration in (migrant) entries, Italy is being attacked from the south, not the east," he said. "I ask for (NATO) to defend us". He said he had asked premier Giuseppe Conte to relay that request to the Group of Seven meeting in Quebec Friday.