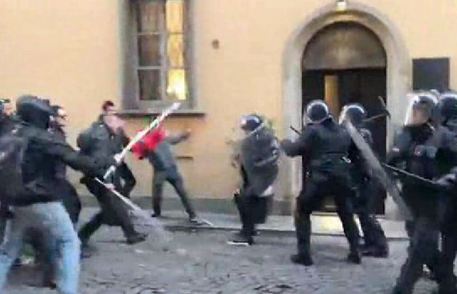 (ANSA) - Piacenza, June 6 - A 23-year-old Egyptian national got four years and eight months in jail Wednesday for hitting a Carabiniere during an anti-fascist protest against neo-fascist group CasaPound in Piacenza on February 10. Moustafa Elshennawi was found guilty of brutally hitting brigadier Luca Belvedere with a riot shield he had snatched off him.
The sentence was what prosecutors had requested.
Elshennawi remains in jail.
The February clashes took place in the historic centre of the Emilian city.