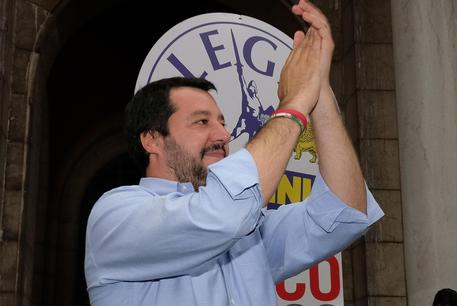 (ANSA) - Tunis, June 4 - Tunisia on Monday said it was stunned by Interior Minister Matteo Salvini's remark that the North African country "often exports convicts". The Tunisian foreign ministry received the Italian ambassador and voiced its "deep amazement" to him, a statement said.
It said the remarks "do not reflect the cooperation between the two countries in the field of immigration management and indicate an incomplete knowledge of the various mechanisms of coordination existing between the Tunisian and Italian (secret) services to tackle this phenomenon".
Salvini said later he was willing to meet his Tunisian counterpart to boost cooperation on migration, security and terrorism. Salvini said "there is the firmest willingness on my part to meet as soon as possible with my Tunisian counterpart to increase and improve cooperation in the mutual interest on the fronts of security, immigration and fighting terrorism". Salvini was speaking at a Rome reception for the 70th anniversary of the birth of Israel.