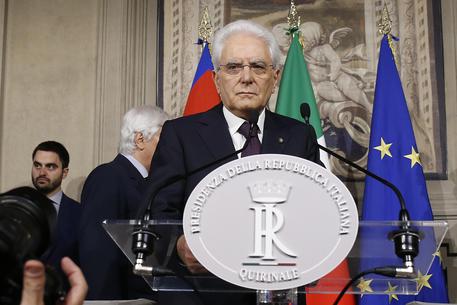 (ANSA) - Palermo, May 30 - Italian police on Wednesday placed three people under investigation for insulting President Sergio Mattarella on social media.
The trio were named as Manlio Cassarà, Michele Calabrese and Eloisa Zanrosso.
Dozens of other insults and threats against Mattarella are being examined.
Mattarella has been accused of scotching a League-Five Star government by rejecting its anti-euro economy minister.
Cassarà wrote on Facebook "they killed the wrong Mattarella" referring to the president's older brother, Piersanti, gunned down by Cosa Nostra when he was Sicilian regional president in 1980.
Calabrese wrote a similar phrase, while Zanrosso wrote "they killed your brother, wasn't that enough for you?".