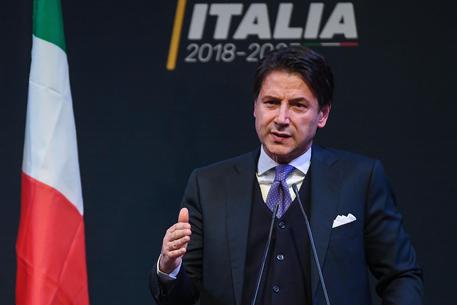 (ANSA) - Rome, May 22 - Doubts emerged Tuesday about proposed Italian premier Giuseppe Conte's claimed studies in New York, Cambridge, Vienna, Pittsburgh and Malta.
The New York Times quoted a New York University spokesperson as saying that Conte's name does not appear in the institution's files as either a past student or a faculty member.
The CV of Conte, who the 5-Star Movement and the League have said they want to be the premier of the coalition government they intend to form, on the website of the Italian association of civil lawyers mentions an experience at NYU as part of the "perfectioning" of his studies. The New York Times quoted the spokesman as saying that it was possible Conte had taken part in short courses at NYU, attendance of which does not feature in its archives. Other foreign media on Tuesday raised doubts on Conte's studies in Cambridge and Vienna.
Austrian news agency APA and Der Standard said that Vienna's International Kultur Institut, where Conte claimed to have perfected his law studies in 1993, was in fact a German-language school called Internationales Kulturinstitut.
Reuters said Cambridge University said it would not answer inquiries, for privacy reasons, about Conte's claim of a course in September 2001 when the university was closed. One source cited by Reuters said the law professor may have taken a third-party institution course and was therefore not on the university's records.
Rome's Il Messaggero, meanwhile, said "after New York, also the universities of Malta and Pittsburgh have said (Conte) never taught or studied here".

But M5S Lower House Whip Giulia Grillo said Conte remains the premier candidate for the coalition government that populist Five Star Movement (M5S) and anti-migrant and Euroskeptic League hope to form despite doubts over his CV and a connection to the discredited Stamina stem-cell treatment movement.
"But of course!" said the MP, adding that she was "upset" about the "character assassination" of Conte after doubts
emerged about his alleged participation on courses at foreign universities and amid criticism of his representation of a girl
who became the poster girl for Stamina.

Anti-migrant Euroskeptic League leader Matteo Salvini said Conte remianed the premier candidate of the League and the anti-establishment 5-Star Movement (M5S) and M5S leader Luigi Di Maio had not re-entred the frame as a possble alternative PM.
He also said he would like it "very much" if Euroskeptic economist and former minister Paolo Savona, 82, became economy minister.