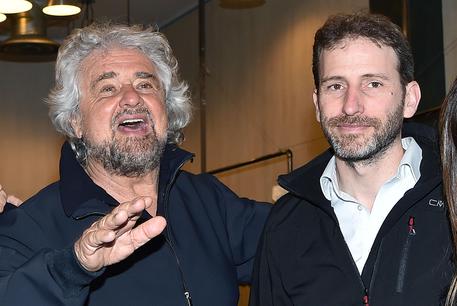 (ANSA) - Paris, May 4 - 5-Star Movement (M5S) founder Beppe Grillo has said that the current election law was designed to ensure the anti-establishment group does not take over the reins of government. "Today we are in post-democracy. There has been a coup that is the other way around. They used democracy to destroy it," Grillo said in an interview with French monthly Putsch.
"In reality, we have found ourselves at an impasse, as we knew we would, because of an election law," he said referring to the so-called Rosatellum system, approved in 2017 with the backing of the Democratic Party, Forza Italia and the League.
"The law was specially designed to stop us from governing.
"So what is democracy? "I don't know, but democracy should allow those who get the most votes to govern".