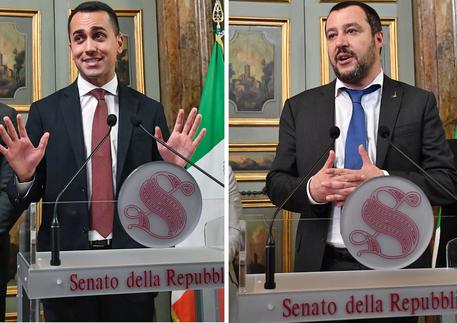 (ANSA) - Rho-Pero, April 20 - League leader Matteo Salvini said Friday that he was ready to do everything to prevent a government of non-political technocrats taking power to end the deadlock after last month's inconclusive general election. "I have the clear sensation that someone wants to waste time, they don't want any government so that we'll have a technical government like that of (ex-premier Mario) Monti, remote controlled from Brussels to fleece the Italian people," Salvini said as he visited the Milan furniture fair.
"I'll do everything possible to avoid that con. I'll do everything possible, including taking the field personally".
5-Star Movement (M5S) Senate Danilo Toninelli, on the other hand, said Friday that it would be better to have new elections if it is impossible to reach an agreement for a stable government after last month's inconclusive vote.
"We are giving our all to give the Italian people a government that improves their lives," Toninelli said via Twitter. "We remain the same as before: intransigent and bound to our principles, coherence first and foremost.
"We are not interested in a government that scrapes by.
"At that point it is better to have a new election".