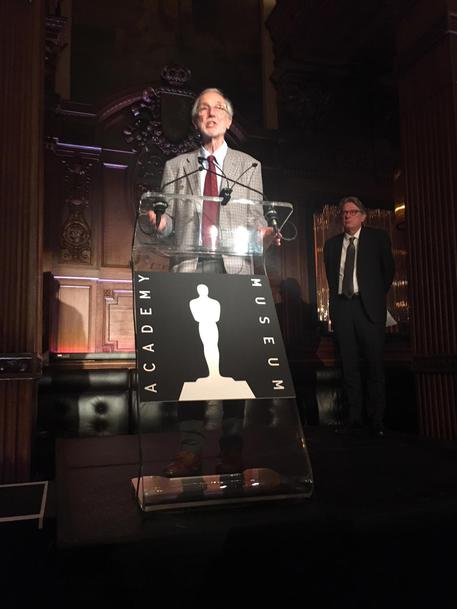 (ANSA) - New York, April 17 - The Academy Museum of Motion Pictures designed by Italian starchitect Renzo Piano is to open its doors to the public in Los Angeles in 2019.
The museum is dedicated to the Hollywood dream factory past, present and future. "I have built a lot of museums, but this is really special," said Piano at the New York presentation attended by director Kerry Brougher and CEO Dawn Hudson. The 'Museum of the Oscars" in the Miracle Mile district is the first of its kind in the city that lives on the entertainment industry.
"That there should never have been a museum of cinema in LA is crazy," continued Piano, evoking the "incredible challenge" of giving a "home" to cinema, which is at once "contemporary art but also history, longevity, time". Thus the Academy Museum has two souls that "flirt with each other", thanks to aerial corridors joining the historic wing-cum-exhibition space derived from the 1939 headquarters of the May department store and the "flying ship" leading to the 1,000-seat theatre that might one day host Oscar Night. The May building, renamed Saban after the family that donated 50 million dollars to the fundraising campaign (construction is expected to cost 380 million dollars, of which 300 million have already been collected), is "a marvellous example of Streamline Modern style, preserving the way in which people in 1939 imagined the future", Piano said. It will present Hollywood relics such as the ruby shoes worn by Dorothy in the Wizard of Oz or the Moon Landing model from 2001: A Space Odyssey, becoming at the same time a cinema factory" in its experimental and technological dimension. The sphere, built from scratch, "is a form that appears to take off from earth on an imaginary journey between space and time, which is the experience of going to the cinema". The building floats on the sidewalk that becomes a square, the leitmotiv of Piano's creations. "By joining these two experiences we are creating something that is in itself cinematographic," the architect said. "Visitors move from one sequence to another, from the galleries to the projection room to the terrace in a single experience."