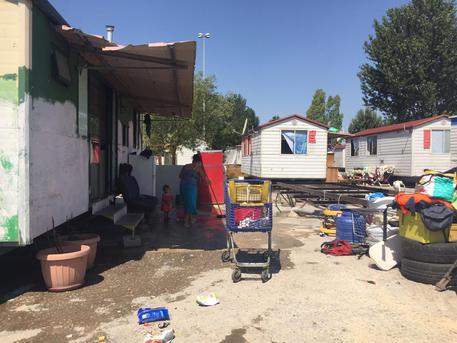 (ANSA) - Rome, April 6 - Some 26,000 Roma and Sinti are in emergency accommodation including camps around Italy, out of a total of 120-180,000, the 2017 report on Roma and Sinti said Friday ahead of the International Roma and Sinti Day on Sunday.
There are 148 'formal' camps in 87 municipalities in 16 regions across the country, the report said, for a total of 16,400 residents, while 9,600 are in 'informal' camps.
On average the Romany and Sinti population has a life expectancy 10 years lower than the Italian average.
Their conditions have not improved significantly despite government expenditure of some 82 million euros since 2012 when a national strategy was presented, the report said.