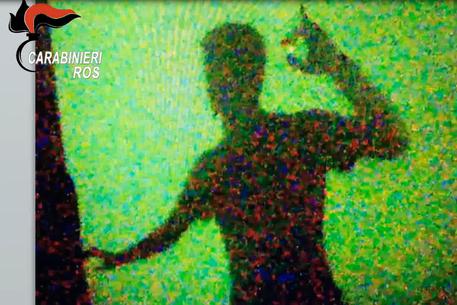 (ANSA) - Rome, March 30 - A Moroccan man residing in Italy was detained by Carabinieri police in a dawn raid in the northern region of Piedmont on Friday over alleged terror links.
The operation was related to a Rome probe into the "criminal activities" of Ilyass Hadouz, a 19-year-old resident in the Piedmont town of Fossano, and suspicions he is part of a terrorist association. Investigators believe the young Moroccan conducted "intense jihadist propaganda", via a number of accounts on social media sites including Facebook, Instagram and Twitter.
Hadouz is thought to have radicalised himself at home, via videos and extremist Islamist online chats.
"It's depressing to die of old age," he allegedly said via Facebook. "The unbelievers are set for dark days that will make their children's hair turn white". Friday's is the latest in a string of operations targeting suspected Islamist terrorists this week.
These included the arrest of five people in Rome and Latina on Thursday accused of being linked to Anis Amri, a Tunisian who carried out the 2016 Berlin Christmas-market truck attack in which 12 people were killed. Interior Minister Marco Minniti called for an additional reinforcement of security checks at crowded places "in view of the Easter holidays" at an extraordinary meeting of the Committee of Strategic Antiterrorism Analysis (CASA) on Wednesday follow the terror-linked arrests.
In an interview with La Stampa newspaper Wednesday, Minniti said "the picture of the ISIS threat remains unchanged".