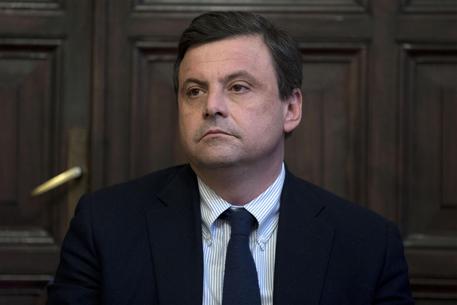 (ANSA) - Rome, March 21 - Elliott's plan for TIM which envisages spinning off and floating the network "is a project that coincides with what we intend to do for the public interest," Industry Minister Carlo Calenda said Wednesday. "But I think that TIM, too, was oriented in this direction," the minister added.
The Elliott fund and two other allied partners on Thursday asked the TIM board to revoke six directors including the president, Arnaud Roy de Puyfontaine, and the deputy executive president Giuseppe Recchi, replacing them with six of their own.
The other four directors Elliott International, Elliott Associates and The Liverpool Limited Partnership want replaced are Herve' Philippe, Fre'de'ric Cre'pin, Fe'licite' Herzog and Anna Jones.
Four of these directors are linked directly to shareholder Vivendi while two are independents but still elected in the majority partner's list.
Elliott and the other two investors want them to be replaced by the following six: Fulvio Conti, Massimo Ferrari, Paola Giannotti De Ponti, Luigi Gubitosi, Dante Roscini and Rocco Sabelli.
TIM said it would add the issue to its agenda for a shareholders meeting on April 24.
Financial sources said Elliott's problem was Vivendi and not CEO Amos Genish, who was not included among the execs it wants to replace.
They said the fund considered Genish a very competent TLC expert and his business plan well constructed, and it appreciated the way the management handled the day-to-day running of TIM.
The problems linked to Vivendi allegedly included conflicts of interest that allegedly spurred operations deemed disadvantageous for minority shareholders, the financial sources said.