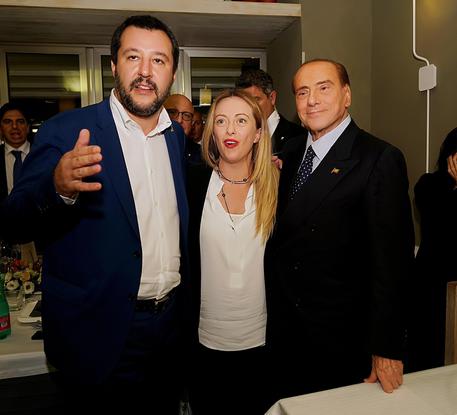 (ANSA) - Rome, March 21 - The centre right on Wednesday claimed the right to name the Senate Speaker and said the anti-establishment 5-Star Movement (M5S) should get to name the Speaker in the Lower House. In a statement issued after a centre-right summit, the leaders said "the centre right proposes to the parliamentary Whips a joint institutional track enabling the winning coalition (the centre right) to express the Speaker of the Senate and the top parliamentary force the M5S the Speaker of the House".
Leaders Matteo Salvini, Silvio Berlusconi and Giorgia Meloni said "to this end, also to agree the names, the centre-right leaders invite the other political forces to a joint meeting tomorrow".
Berlusconi's centre-right Forza Italia (FI) party has rallied round Senate Whip Paolo Romani as Speaker candidate in the Upper House despite a veto from the M5S over a probe for allegedly misusing a Monza municipal cellphone. Romani, 70, is the candidate of the whole party, FI sources said.
Romani's candidacy was at the centre of the talks Wednesday with the leader of FI's main rightwing populist ally the League, Salvini, and the leader of its smaller rightist nationalist ally Brothers of Italy (FdI), Meloni.