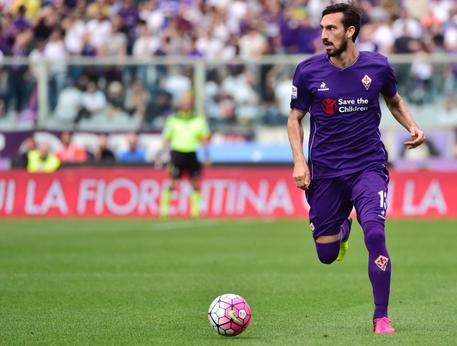 (ANSA) - Trieste, March 5 - Italian soccer has been rocked at the sudden death of Fiorentina captain Davide Astori at the age of 31.
As tributes flowed in and matches were postponed for mourning, Udine chief prosecutor Antonio De Nicolo said Monday a probe had been opened into Astori's death, with the possible charge being culpable manslaughter.
The probe is so far against person or persons unknown.
"It's our duty to establish if Astori's death happened as a tragic fatality or whether someone should have noticed something, said De Nicolo.
"At the moment there is not responsibility by anyone, or anyone we think might have to answer for something," the prosecutor said.
The opening of the judicial probe, De Nicolo said, "will enable us to ascertain responsibilities, if there are any, in the people who followed him on a day-to-day basis, in training and on the field".
An autopsy will be performed on Tuesday, medical sources said Monday.
The Italy defender was found in his Udine hotel room having died of an apparent heart attack on Saturday night.
The 31-year-old centre back, who had 14 Italy caps, is thought to have died of a cardiac arrest stemming from natural causes, a prosecutor said.
He was in the northern city with the Florence club for a league match against Udinese.
All of Sunday's Serie A and Serie B matches were postponed as a sign of mourning.
Flags hung at halfmast at the Azzurri training camp at Coverciano outside Florence on Monday, as a sign of mourning for Astori. All national teams including the women's team which is set to play Finland in the Cyprus Cup final on Wednesday will taje the field with black arm bands, the Italian Soccer Federation (FIGC) said Monday.
Fiorentina, for its part, will resume training on Tuesday, the Florence club said Monday.
Meanwhile tributes continued to flow in for the late central defender, a very popular figure.
FIFA and UEFA paid tribute to "a great player and great man" while Barcelona, Real Madrid, Manchester City and Bayern Munich were among the foreign clubs to send their condolences to Astori's family.
Juve and Italy skipper Ganluigi Buffon spoke for many in saying his friend "was the best expression of an age-old world, of the highest traditions".
Buffon said "he was a good man, an example to us all". A banner went up at Fiorentina's home stadium, the Franchi, saying "Ciao captain, always with us".
Sports medicine specialist Carlo Tranquilli said that even with today's rigorous and thorough medical checks some cases like Astori's could not be prevented. "Sadly there's nothing new, you can lower the risk of sudden death greatly with check-ups but you can't prevent them 100%," he said.