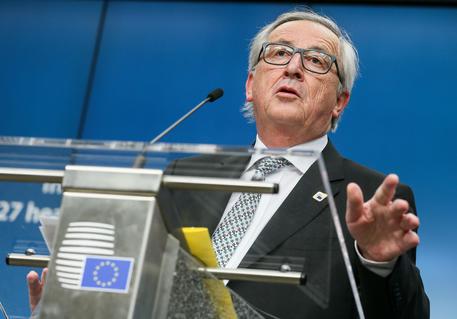 (ANSA) - Milan, March 5 - Anti-migrant Euroskeptic League leader Matteo Salvini on Monday said he hoped European Commission President Jean-Claude Juncker would remain at the EC helm for as short a time as possible. "I thank Juncker for the words he said in the election campaign (against populism), because the more he speaks the more votes we get. Let's hope he stays president of the European Commission for the shortest time possible".
The European Commission said Monday it had no comment to make on Salvini's call. "We won't comment on Salvini's comments. We'll wait until the official results are announced to make comments later," said EC spokesperson Margaritis Schinas.
Schinas said there would be "contacts" later Monday between Juncker and Italian authorities.