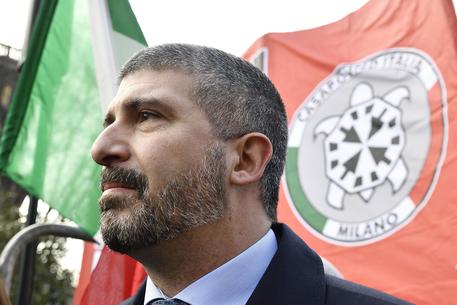 (ANSA) - Rome, February 26 - Simone Di Stefano, the premier candidate for far-right group CasaPound, said Monday that he may be ready to a support a government headed by League leader Matteo Salvini after the March 4 general election. "If there is the possibility of a sovereign government that takes us out of of the euro and out of the European Union and blocks immigration, which are the three main points of our programme, we are ready to support it," Di Stefano told Radio 24.
"It shouldn't be a government with (European Parliament President Antonio) Tajani premier and (Renato) Brunetta as economy minister, but a government with Salvini premier and (economist Alberto) Bagnai as economy minister".