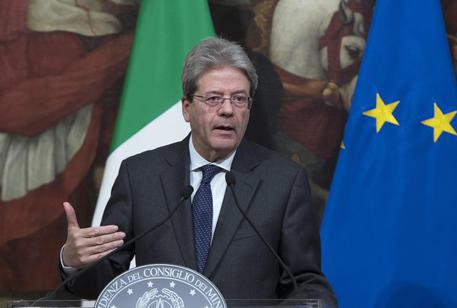 (ANSA) - Rome, February 21 - Premier Paolo Gentiloni said Wednesday that centre right and rightwing parties' promises to stop migrant flows after the March 4 general election were "unlikely" to be realised. "Everyone is free to tell you what they want, especially in an election campaign. "But it is very highly unlikely to promise to eliminate these migrant flows," he said.
"The challenge is not to promise to eliminate these flows but to turn them from phenomena managed by criminal networks into safe, secure, manageable and compatible phenomena, and even useful for our society".
The anti-migrant League is among the parties that say they will stop illegal immigration.
Gentiloni said that migrant flows were useful to the European Union but they must be carefully managed. "Italy and Europe need regular and managed migratory flows," he said at the foreign affairs institute ISPI, receiving an award named after former ISPI chief and former ANSA president, the late Boris Biancheri.