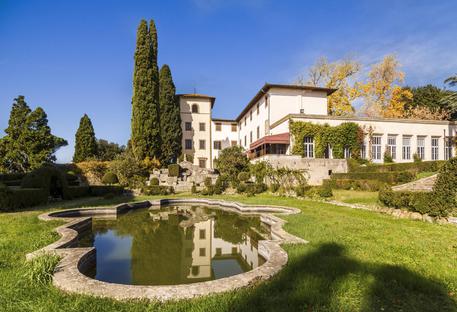 (ANSA) - Florence, February 19 - Over 20 million euros will be invested for Villa Bibbiani, in the Capraia e Limite municipality of the Florence province. The historic estate renowned for its botanical garden was sold by Lionard Luxury Real Estate for about 10 million euros to an American baron.
The company noted that the investor had pledged to spend an equal amount on restoring the villa as well as on setting up a new agricultural estate for wine and oil production and supporting cultural activities in the area.
The estate consists of 380 hectares of terrain with a scenic owner's villa boasting two towers alongside a farm with canteens and stables covering 9,800 square meters. There is also a 20-hectare botanical garden with exotic Oriental plants and a romantic park dating back to the nineteenth century.
The villa, cited for the first time in a 1546 document that called it the "feudal lands of the Frescobaldi family", remained in the hands of the noble Florentine family until 1809, when - on the death of Anastasia Frescobaldi - it went to her son, Cosimo Ridolfi (1794-1865). Ridolfi, who was a well-known public figure in that era, created the botanical garden and the romantic park adjacent to the villa, containing some 195 varieties of camellias.
"Americans have, in recent years, resuming buying in the luxury real estate market in Italy," noted Dimitri Corti, founder of Lionard Luxury Real Estate. "And in regions other than Tuscany, which is still one of the most popular, such as Piedmont in highly valued areas such as Monferrato, where we sold one of the most famous castles of the region, in Camino." The buyers, the real estate company said, not only purchase real estate "of great historic and cultural value to make them their homes, thereby safeguarding heritage that is part of this country's identity. They also invest in productive activities, reactivating an economy and creating jobs".