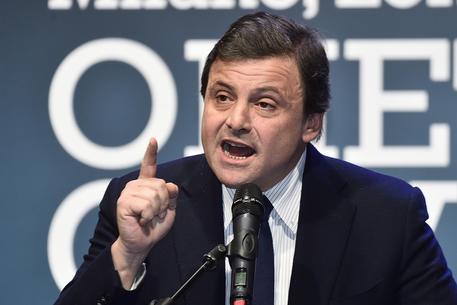 (ANSA) - Rome, February 19 - Industry Minister Carlo Calenda called Embraco management "scum' Monday in saying he would no longer meet with them because of their refusal to change plans to scale back their Italian workers. "Now I won't receive these people...scum any more because honestly I'm really had it with them and their Italian labour consultants who are here," said Calenda after the Whirlpool unit proposed what he called an "unacceptable" proposal to shift workers to part-time contracts.
"Embraco said No, and has confirmed an attitude of total irresponsibility," said Calenda.
"Their explanation show a lack of attention to the value of people and the social responsibility of business".
The Whirlpool unit recently confirmed 497 job losses at its plant at Riva di Chieri near Turin, which currently has 530 workers, trade unions said - prompting Calenda to called the firm's stance "irresponsible, unacceptable and contrary to the commitments assumed at the various meetings at the ministry".
He said he had "urgently reconvened the firm and said "I expect it to uphold the commitments it agreed".
Embraco, which makes compressors for fridges, said it was effectively shutting down its Italy production with the closure of the plant.
There are no plans to keep the plant open, despite industry ministry proposals, trade unions said.
The firm recently met labour ministry officials to assess the possibility of using government redundancy funds.
The move comes three months after the company decided to cut production at Riva di Chieri, shifting it to other factories in the group.