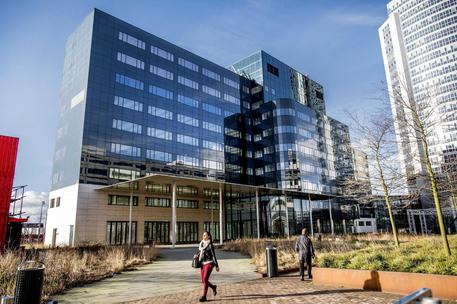 (ANSA) - Brussels, February 19 - The European Parliament should be "central" to any decision on the new location for the European Medicines Agency (EMA), which is moving from London after Brexit, EP Presint Antonio Tajani said Monday. "I claim the central nature of the European Parliament in the decision on the new seat of the medicines agency," he said. Italy and Milan have appealed against last year's decision to move the EMA to Amsterdam, amid concerns the office in the Dutch city there may not be ready.
Tajani said "in order to change seat you need to reform the regulation, and to reform the regulation you need an ordinary legislative procedure which is in course. We'll see what the EP's environmental committee decides, and we'll see what the sovereign assembly decides, which will certainly work in the interests of European citizens".
Milan lost out to Amsterdam in a tie-break lottery after ending up with the same votes at an EU ministers' meeting on November 20.
The government, Milan Mayor Giuseppe Sala and Lombardy Governor Roberto Maroni have vowed to reverse that decision.
photo: temporary EMA HQ in Amsterdam