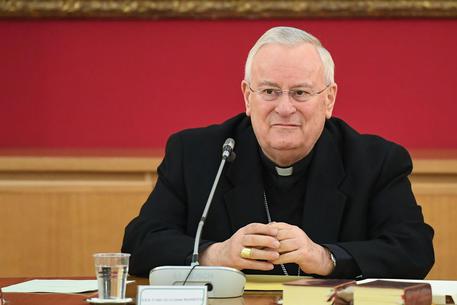 (ANSA) - Rome, February 13 - The Italian Bishops Conference (CEI) said Tuesday it would talk to whoever comes to power after the March 4 general election in Italy. "We will talk to whoever comes to power after the elections," said CEI President Cardinal Gualtiero Bassetti after the Italy-Vatican bilateral on the anniversary of the Lateran Pacts.
The cardinal was answering a question on the uncertainty of the general election outcome. Polls predict the vote will produce a hung parliament. This will lead, experts say, to possibly prolonged coalition talks or possibly another election.
Premier Paolo gentiloni, with several members of his cabinet, held a summit Tuesday with senior Vatican officials to mark the 89th anniversary of the Lateran Pacts.
The pacts, signed in February 1929 and amended in 1984, govern relations between the Italian State and the Holy See and also established the sovereign state of Vatican City.
In 1984, after 15 years of complicated negotiations, the 1929 concordat was changed, so that Roman Catholicism would no longer be the official State religion.