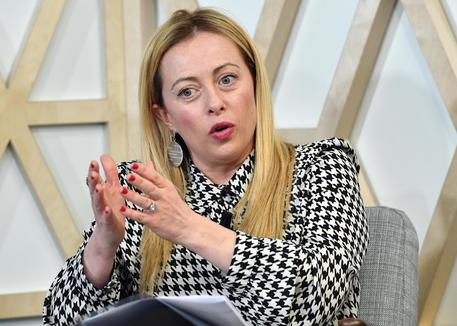 (ANSA) - Rome, February 12 - Centre-right Forza Italia (FI) leader Silvio Berlusconi must say who his premier candidate is for the March 4 general election, Brothers of Italy (FdI) leader Giorgia Meloni told a Facebook-ANSA live forum Monday.
Berlusconi is barred from standing himself by a six-year tax-dodge-related office ban that runs till next year. He has mooted several names without settling on a definitive candidate for premier. "I would consider it a act of clarity from FI to say before the vote who the premier candidate is, I'll reiterate that to Berlusconi in the coming days, as soon as I hear from him, I think it would be right to know the names, not the names; I'm i favour of the utmost clarity," she said. She repeated that the party that gets the most votes - FI, the League, or FdI - would get to pick the final centre-right premier candidate.
European Parliament President Antonio Tajani is among the figures Berlusconi has touted.