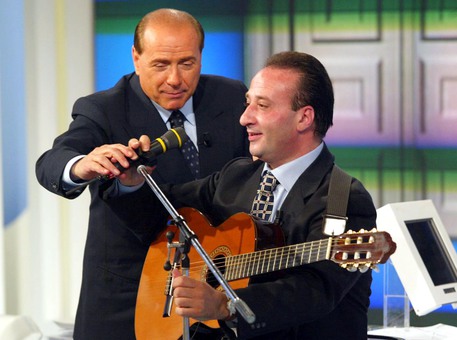 (ANSA) - Rome, February 7 - Prosecutors on Wednesday asked that Silvio Berlusconi be brought to trial in the 'Ruby Ter' case, the third case stemming from his involvement with Kharima El Mahroug, an underage Moroccan runaway and nightclub dancer who worked as a prostitute and whose stage name was Ruby the Heartstealer. The indictment was also sought of singer Mariano Apicella, who with Berlusconi entertained guests at what the ex-premier called elegant dinners but which in fact turned out to be 'bunga bunga' sex parties.
The three-time ex-premier is accused of corruption while Neapolitan balladeer Apicella is accused of corruption and false testimony.
Prosecutors say Berlusconi paid Apicella to deny that the women known as 'Olgettine' from their Berlusconi-paid flats in Milan's Via Olgettina were in fact sex workers and not guests.