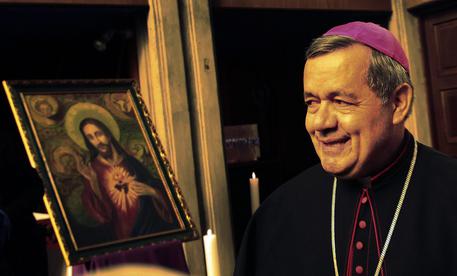 (ANSA) - Vatican City, February 5 - Pope Francis was reportedly informed of allegations of child sex abuse by the clergy in Chile in 2015.
A victim of Father Fernando Karadima, a serial predator whose abuse was covered up by the Chilean church, that year sent the pope an eight-page letter about Bishop Juan Barros, who is accused of witnessing and ignoring the abuse.
Francis recently said he was sending Archbishop Charles Scicluna, a top child-abuse expert, to Chile to investigate the accusations against Barros.
But during his recent trip to Chile and Colombia the pope said there was no evidence against Barros, adding that victims of the abuse had not come forward. The letter sent by victim Juan Carlos Cruz.
The Associated Press reported that members of the Vatican's Commission for the Protection of Minors told it that they delivered the letter to the pope's top adviser on sex abuse, Cardinal Sean O'Malley, in April 2015.
"When we gave him (O'Malley) the letter for the Pope, he assured us he would give it to the pope and speak of the concerns," Marie Collins, a former member of the commission at the time, told AP. "And at a later date, he assured us that that had been done."