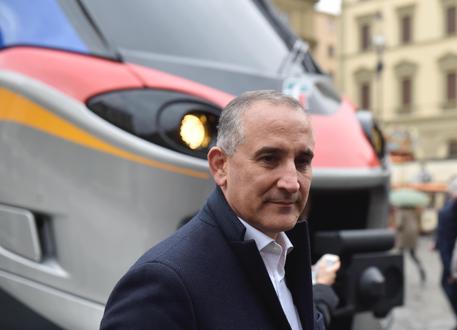 (ANSA) - Rome, January 18 - Italian railway company Ferrovie dello Stato (FS) and motorway company ANAS on Thursday announced a merger creating a group with a turnover of 11 billion euros, cutting costs by 800 million euros. The capital hike is 2.86 billon euros, FS and ANAS chiefs Renato Mazzoncini and Gianni Vittorio Armani said. "With the OK from the European Anti-Trust agency and the signing at the economy ministry the operation of merging the ANAS group into FS has been completed," they said.
"It is a huge satisfaction to have reached the end of the process," said Mazzoncini.
He stressed that ANAS's entry into the FS group "is not a sale, but a transfer of shares".
The group that has been crated, he said "is not a giant, on the contrary, in Europe we play with stronger players than us.
Our turnover is slightly over 11 billion euros while our French and German competitors turn over respectively 32 and 40 billion".
photo: Mazzoncini