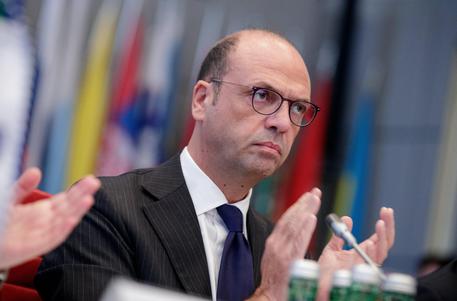 (ANSA) - Rome, January 16 - There will be no unilateral Austrian move on giving Austrian citizenship to German and Ladin speakers in Alto Adige, Foreign Minister Angelino Alfano said after talks in Rome Tuesday with his Austrian counterpart Karin Kneissl. "I have greatly appreciated the words of Premier Sebastian Kurz and my colleague Kneissl on he fact that we are countries that discuss things but do not take unilateral initiatives," Alfano said.
He said "Italy's position on double citizenship is the historic one: the full recognition of the De Gasperi-Gruber accord, a successful accord". Kneissl said after the meeting that "we will take into account all actors" on the issue.
The double-passport possibility is part of the new Austrian government's programme but "all measures will be taken while taking into account all the interlocutors," she said.
"Naturally there is a long juridical process that must be got through".
Vienna recently aired the possibility of giving Austrian citizenship to ethnic Austrians in the northern Italian region, which is known to Austria as the South Tyrol.