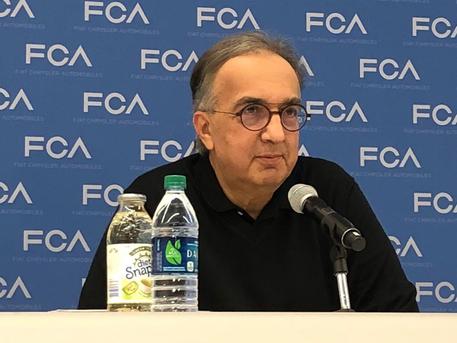 (ANSA) - Detroit, January 16 - Fiat Chrysler Automobiles CEO Sergio Marchionne said Tuesday on the fall in popularity of ex-premier and centre-left Democratic Party (PD) leader Matteo Renzi that "I haven't seen the Renzi I supported for a while".
Marchionne, who was a staunch backer of Renzi when he rose to take the PD leadership beating back the old guard and during his reform-minded government from 2014 to 2016, said "I've always liked Renzi as a person". But he said "I don't understand what has happened to Renzi" since he quit as premier after staking his political future on a Constitutional reform referendum in December 2016. "The Renzi that I used to support, I haven't seen him for a while," said Marchionne.
Polls show that Renzi's popularity has slipped from its peak in the early days of his government, when he led the PD to a remarkable 40% in European Parliament elections.
Foreign observers like The Economist have said his star has waned.
But Renzi has made an energetic start to the Mrch 4 general-election campaign, vowing to win back voters and take the PD back to 40%.
It is currently standing at 23.24% in most polls.