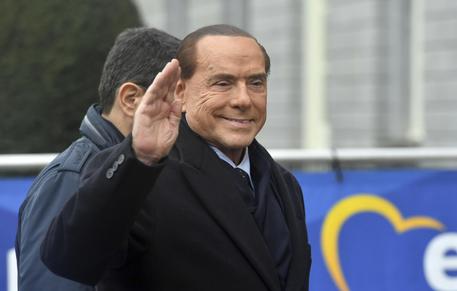 (ANSA) - Rome, January 11 - A grand coalition government is possible after the March 4 general election if the centre left "accepts our programme", ex-premier and centre-right leader Silvio Berlusconi said Thursday. He said this was "possible, but I don't think so." He said the centre left would have to "totally" accept the centre right's programme. Berlusconi was answering a question on the likely stalemate after the March 4 vote.
If this happens, as most polls show now, the three-time ex-premier said a German-style grand coalition could be tried as it was after the inconclusive result in 2013.