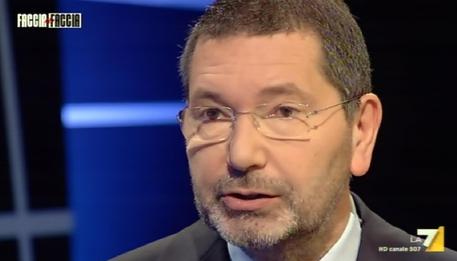 (ANSA) - Rome, January 11 - Former Rome mayor Ignazio Marino was found guilty of embezzlement and falsehood in an expenses case Thursday and sentenced to two years in jail by an appeals court.
Marino said "this is a political sentence in view of the March 4 general election". At the first-instance trial he had been acquitted. In October 2016 the former Democratic Party (PD) mayor was cleared over more than 50 dinners paid for with a city credit card. The case helped spur his removal from office, by the PD itself.
In January, explaining its acquittal, the lower court said Marino had been "careless" but had not committed any crime.
Marino was forced to resign in 2015 amid an expenses scandal, after two years in office.
He has always insisted he was innocent.