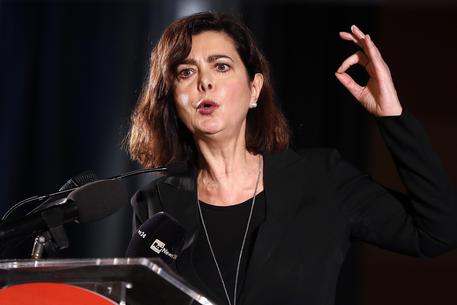 (ANSA) - Rome, January 10 - House Speaker Laura Boldrini said Wednesday she was "astounded" by Catherine Deneuve's call for men to be allowed to still hit on women amid the sexual harassment storm. "It's one thing to be courted, another to be harassed. You can't confuse the two planes, gallantry and molestation are two different things, confusing them is a very serious thing," she said.
An open letter signed by movie star Deneuve and dozens of other French women about men being unfairly targeted by sexual misconduct allegations has prompted a backlash in the French press and on social media.
In the letter, published in Le Monde newspaper, Deneuve and about 100 actresses, writers, scholars and artists argued that the "legitimate protest against sexual violence" stemming from the Harvey Weinstein scandal has gone too far and threatens hard-won sexual freedoms. They said men should be free to hit on women and advocated against "puritanism."