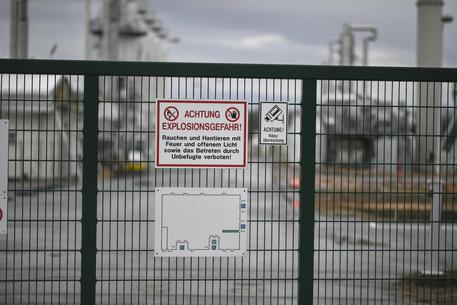 (ANSA) - Milan, December 12 - The flow of gas from Russia to Italy has been interrupted after an explosion at a distribution hub in Austria on Tuesday. "The system has been turned off and it is out of order," read a statement on the Gas Connect Austria website. "The transit through Austria towards south and south-east is compromised until further notice". Italian gas infrastructure company SNAM said that gas supplies to end users will not be affected. It said that the security of the Italian system was "guaranteed by stocks made available by SNAM".
It added that gas flows "could resume within the day if initial reports that there is no damage to the transport infrastructure are confirmed". Industry Minister Carlo Calenda said that the government is set to declare a state of emergency.
"Today there was an accident at an gas-intersection point in Austria, due to which we have a serious supply problem, in particular on the Austrian section from Russia," Calenda said.
"If we had the TAP, we would not have to declare a state of emergency today for this lack of supply," he added, referring to the pipeline from Azerbaijan to Italy.
"It is necessary to diversity gas supplies".
Calenda's ministry said in a statement that does not mean the breakdown of gas flows would affect end users.
It said the gas that underground gas stocks can make up for the interruption of flows. Eni CEO Claudio Descalzi said Tuesday that there was no alarm within the energy industry about the interruption, but he added that prices were going up. "If it finishes tomorrow, it is not a problem," Descalzi said about the accident in Austria that interrupted the supplies.
"Even if it lasted weeks, it is a thing we can compensate for. There is no alarm among the (sector) operators. "The gas price is going up. It depends on how long the problem will last.
"It takes place within a scenario that leads to a general increase in prices".