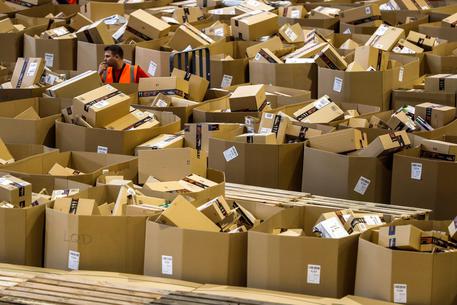 (ANSA) - Rome, December 7 - Labour ministry inspectors visited the Italy office of Amazon at Castel San Giovanni near Piacenza Thursday to see if it was respecting "norms for safeguarding work relations and social legislation vis-a-vis the staff employed", the ministry said. The initiative was part of planned inspections and had a "priority attention on the sector of logistics and movement of merchandise". The inspectors are quizzing workers about their work conditions. Over 500 workers at the office, Amazon's main hub in Italy, struck on Black Friday recently, one of the year's busiest shopping days, after the company refused to meet demands on bonuses and work conditions. The workers also want pay raises to compensate for mandatory night shifts, overtime, or working six days in a row to keep up with logistical demands. Additionally, starting from Black Friday, the striking workers have refuses overtime during the holiday season - typically the busiest season for the company - until December 31st.
The Piacenza hub has 1,600 permanent employees, and it was the first one built in Italy after Amazon launched a local site there in 2010.