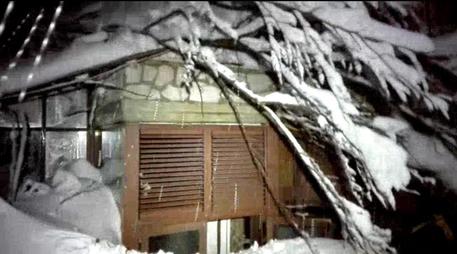 (ANSA) - Pescara, November 29 - Abruzzo's Hotel Rigopiano should have been evacuated two days before the avalanche that struck it in January, claiming 29 lives, according to an expert report commissioned by Pescara prosecutors. It said that the evacuation should have taken place in the afternoon of January 16 given that weather bulletins had warned of intense snow and the possibility of avalanches. The probe is looking into a variety of factors, including "the circumstances and decisions about the opening" of the hotel and access roads to it, prosecutors have said. A recording that emerged on Tuesday of a conversation between officials shows they joked about the situation at Abruzzo's Hotel Rigopiano, an hour before the avalanche.
The transcription of the recording of the conversation between Carmine Ricca, an employee of highway company ANAS, and provincial transport chief Paolo D'Incecco, is among the documentation collected as evidence for a criminal probe into the disaster. "We don't have to reach Rigopiano, do we?" Ricca said when talking about a request from the hotel near Farindola for roads to be cleared so guests could leave the complex. "If we have to liberate the spa, we might as well have a swim too". D'Incecco laughed at the comment, according to the transcript.